Amy was born in Big Spring, Texas but lived in Midland, Texas. She moved to Calgary, Alberta, Canada when she was 6 years old. She started elementary school in Calgary and lived there 5 years. At age 11, she moved to Houston, Texas. At age 12, she moved to Casper, Wyoming and stayed until her graduation from Kelly Walsh High School. Amy then attended McMurry University where she majored in elementary education with a minor in physical education. She competed on the McMurry track team as a 400 m sprinter. After marrying her husband, Bart, and having two daughters, Amy was a stay-at-home mom and for a few of those years homeschooled her daughters. In 2010, she and her family rescued a dog that was lost and roaming on a mesa outside of Albuquerque and named him Ace. Amy loves to read, watch documentaries (especially those associated with American history), do needlework (cross-stitch, crochet, knit, light sewing), hike, mountain bike, and go camping with her husband and two daughters. 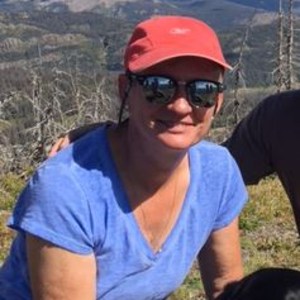